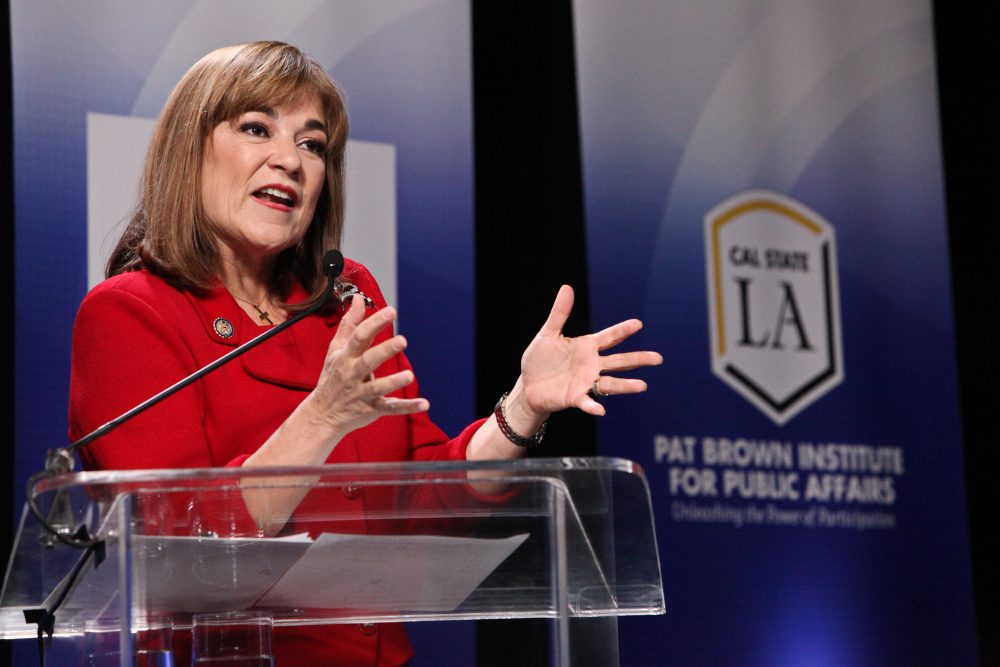 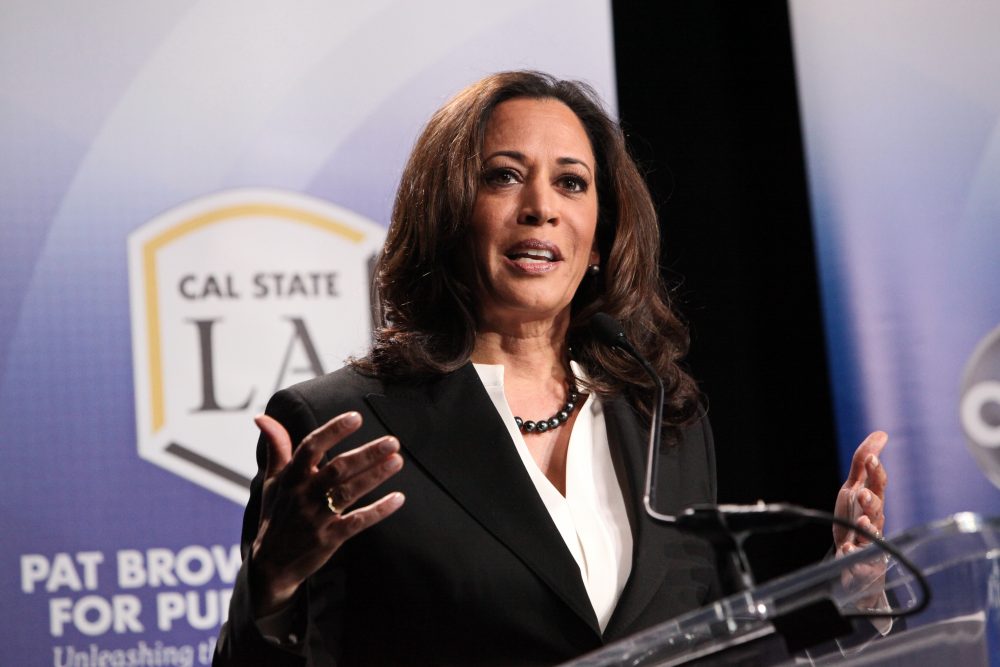 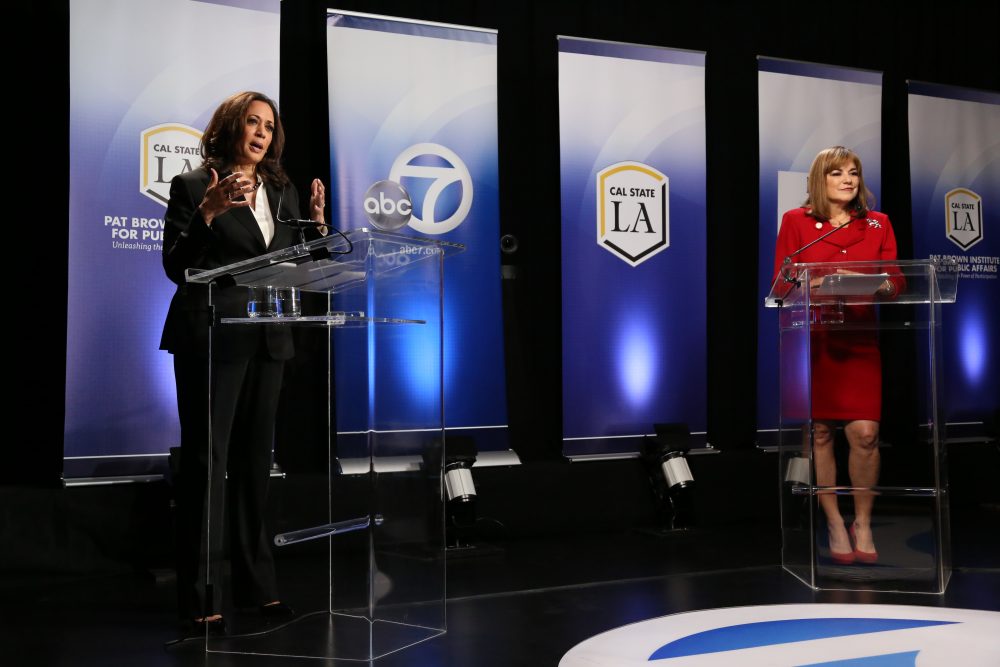 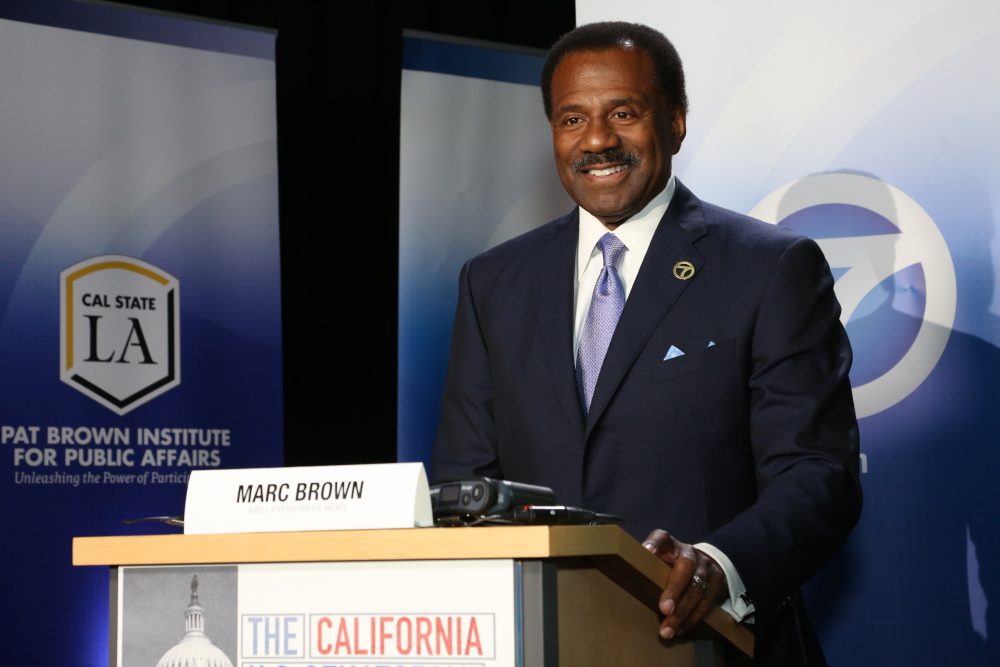 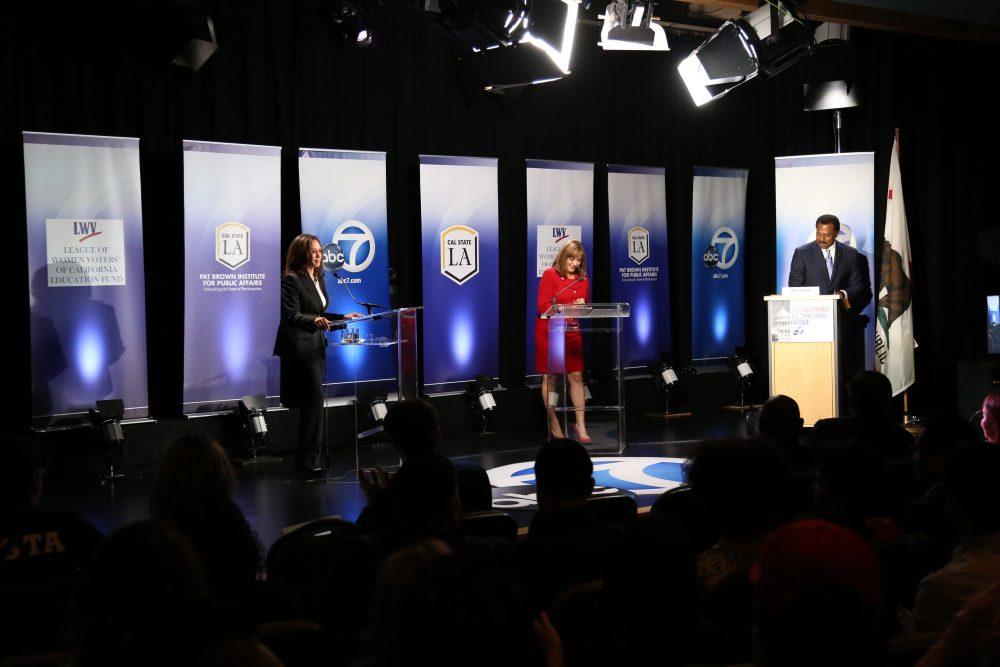 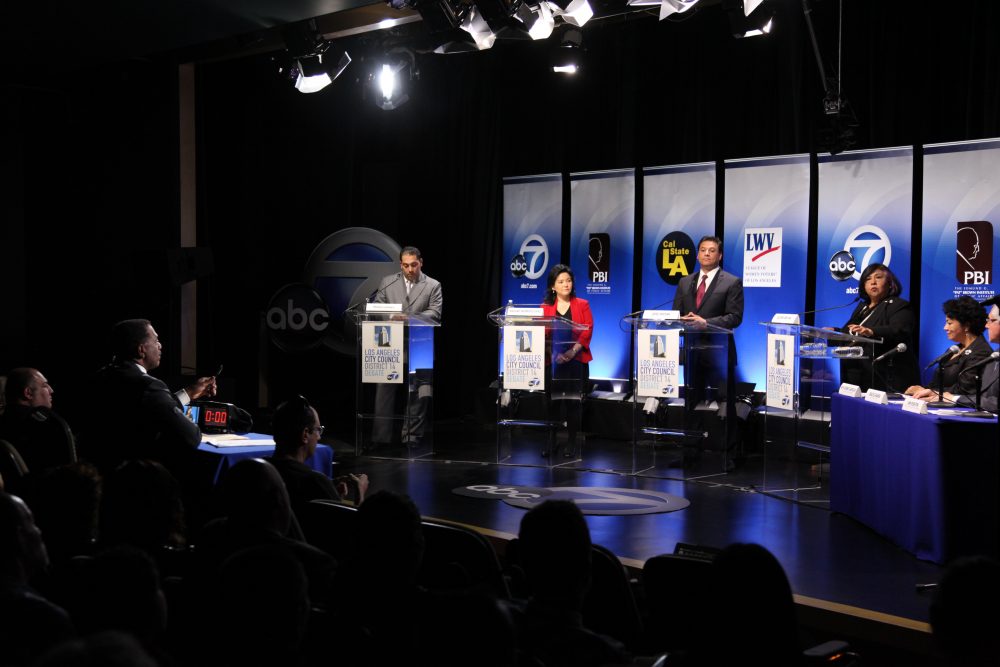 opens IMAGE file
Photos by David Ng
PBI hosts televised debates that are intended to teach voters about a candidate’s policy priorities and preferred governing styles. These debates are conducted in a format that is professional, non-partisan and objective.

The Institute’s debate program was developed in partnership with the League of Women Voters of Los Angeles and ABC7 and began with the 2013 City of Los Angeles mayoral race. Since then, the Institute has conducted debates for various local, state, and national offices. In 2016, the Institute hosted the only general election debate for California’s United States Senate race.

“This debate was a celebration of democracy here at Cal State LA, a  powerful moment that we will remember forever.” Kayla Stamps, President (’16 – ’17), Cal State LA, Associated Student, Inc.