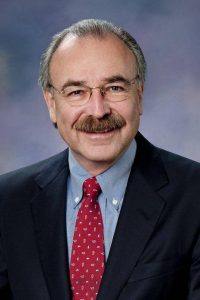 Darry Sragow is the Publisher of the California Target Book

Darry (@DarrySragow) will participate as a panelist in our November 15th post-election conference, Election 2018: It’s On! at Cal State LA.

The Pat Brown Institute spoke with Darry about what’s on the line for California, the impact of the Kavanaugh confirmation, and what to look out for on the day of the election .*

PBI: What’s at stake for California in the upcoming election?
DS:  Tuning out the cacophony emanating in our nation’s capital, the stakes in this election, just for California as a state, are incredibly high. But that is not at all obvious.  It’s not obvious because there are only few competitive campaigns for state office, and as a consequence the public is not being presented with a meaningful dialogue about the critical issues which will be requiring state government action in the years and decades to come.  The availability of jobs and healthcare, the quality of education, and our air and water quality are high on the policy agenda that will define the future of the state.

Governor Jerry Brown has been comfortable concentrating on tangible projects such as high speed rail and infrastructure. It would appear that the next governor, assuming it is Gavin Newsom, will focus on the less tangible, social needs of the state. Which is fine, but when he takes office the citizens of this state will have had essentially no opportunity to observe or participate in a robust back-and-forth about the state’s choices in these critical policy areas.

PBI: What impact will the Kavanaugh hearings have on the election?
DS: It is not evident to me that what happens on election day will be substantially impacted by the Kavanaugh confirmation drama.  Republicans may be incensed, but year in and year out they tend to be consistent voters.  Democrats may be incensed, but they tend to be less consistent voters, and it is not clear to me that 2018 will be marked by a spike in Democratic turnout. The most likely impact would be on the turnout of college-educated, affluent female voters, and we’ll see whether this does, in fact, produce another 1992-like Year of the Woman.

PBI: As a veteran political strategist, what are you going to be watching for on election day?
DS:  I suppose every veteran political strategist in California and the country will be looking at the results to see how voters are reacting to the Trump presidency.  Whether that will affect the outcomes here is a different question. Take the Republican held Congressional seats that have been targeted by the Democrats.  Even if the Kavanaugh hearings and a long list of other perceived grievances do drive more Democrats to the polls in those districts, that increment may not be enough to win, simply because the districts are heavily Republican.

Personally, on election night I am always on the lookout for anomalies and outcomes no one would have expected. The Trump victory being the prime example.  I also get a kick out of watching the results of the ballot measures.  I mean, how are voters supposed to make sense of the fight over the laws affecting dialysis centers or what the state policy is regarding daylight savings time?  I actually have a lot of trust in the electorate and strongly believe that voters try to do the right thing.  Nonetheless, the founders of this country deliberately created a representative rather than a direct democracy, and it’s interesting to see the outcomes when you take elected representatives out of the equation.