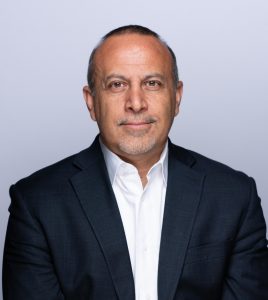 Madrid (@mike_madrid) will participate as a panelist in our November 15th post-election conference, Election 2018: It’s On! at Cal State LA.*

The Pat Brown Institute spoke with Mike about how the election will shape California, the Republican Party’s strategy, and what he will be looking for on Tuesday, November 6th.

PBI: What’s at stake for California in the upcoming election?

MM: There are two main issues here: The election of a new governor will reshape the balance of power, regardless of who is elected. Gavin Newsom is decidedly more left-leaning than the current governor Jerry Brown and John Cox is decidedly more conservative. Regardless of the outcome, California’s political direction is set to change.

Additionally the control of the United States Congress will be decided in California. The nation’s eyes will be on the seven key congressional districts and Democrats will need to pick up a few of these, if they’re to gain a majority in the House of Representatives.

PBI: How can Republicans running for office effectively appeal to moderates and independents?

MM: Republicans are going to have to consciously distance themselves from President Trump if they’re to be successful. If they can’t do that, they won’t be.

PBI: As a political consultant, what are you going to be watching for on election day?

MM: I am going to look for these factors to determine who will win: