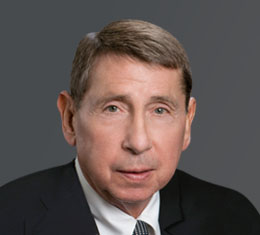 Mickey Kantor is perhaps best known for serving as the United States Trade Representative and Secretary of Commerce under President Bill Clinton. He is currently a partner at the law firm Mayer Brown LLP and concentrates on corporate and financial international transactions. He will be participating in our October 5th policy conference, “Should California Have its Own Trade Policy?”

The Pat Brown Institute spoke with the former trade representative about the development of the North American Free Trade Agreement (NAFTA) and its effect on California.

Pat Brown Institute: Can you explain to us the role you played in the development of NAFTA?

Mickey Kantor: I was the United States Trade Representative under President Bill Clinton beginning January 21, 1993. NAFTA at that point needed to be negotiated. We demanded from Mexico and Canada provisions and protections for labor rights and the environment. We began in January and finished negotiations in August, then passed NAFTA to the Congress in November of 1993. By the way, President Clinton said without labor and environmental provisions, he would not send NAFTA to Congress. I was the negotiator along with my staff of course.

PBI: What do you see as the benefits and downsides of NAFTA for California?

MK: Well, California benefits more than any other state from NAFTA. We are the largest trading state in the country. Mexico is the largest export market. California benefits greatly from jobs and from revenue and from capital. The downside is there will be some job shifts, of course. There always are. You’re going to have job shifts because currency differentials, because of movement of capital, movement of labor, and the various kinds of technology coming to the floor. So, that was going to happen anyway. Ultimately, trade agreements have very little effect on jobs and income.

“California benefits more than any other state from NAFTA. We are the largest trading state in the country.”

PBI: In a negotiation over a new NAFTA, what would you propose?

MK: First of all, I would call for an update, not a negotiation. An update would have new rules in regards to data and protecting intellectual property. We would certainly take a look at what is going on in terms of the movement of goods between Mexico and the United States. Exports to Mexico from the United States is as large as all of our exports to the European Union combined. That’s quite substantial and important. We need a few changes and updates. NAFTA was finished and passed in 1993. That’s 24 years ago. A lot has happened since then and it’s time to move forward.

*The interview has been edited and condensed for clarity.